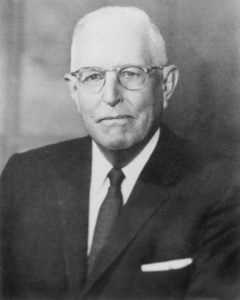 D. Howard “Daddy” Doane (1883-1984) was a true Renaissance man – a student, a teacher, a writer, a business man, a poet, a farmer, a public servant, a devout Christian. Most widely known as the founder and long-time Chairman of the Board of Doane Agricultural Services, which is the oldest and for decades was the largest farm management, appraisal and agricultural research organization in the United States. Among his many life accomplishments, Doane served on an agriculture task force appointed by President Herbert Hoover that was charged with reorganizing the US Department of Agriculture. He wrote four books and numerous articles for the leading agricultural journals and magazines. He provided leadership to dozens of civic and professional organizations throughout his lifetime. He received a B.S. in agriculture in 1908 and M.S. in agriculture in 1909 at the University of Missouri. He received three Honorary doctorates as well. 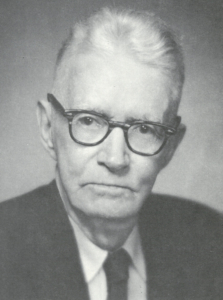 Robert F. Howard (1883-1963) spent the first 15 years of his professional career as an educator before owning and running a large beef cattle operation and commercial pecan farm in Texas for the better part of his life. Howard was a professor and chairman of the Department of Horticulture at the University of Nebraska from 1914-24 after teaching previously at the University of Missouri, Nebraska and Wisconsin. He moved to Wharton, Texas, in 1924, where he ran a 2,000 acre ranch with cattle and thousands of pecan trees. He provided leadership to many local and statewide civic organizations and initiatives in
Texas for the last 40 years of his life. Howard received his B.S. in agriculture from Missouri in 1908, a masters in 1912 while teaching at Nebraska. 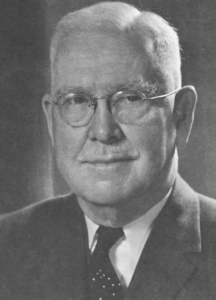 Claude B. Hutchison (1885-1980) was an educator for more than 40 years of his life, teaching at the University of Missouri, Cornell University, University of California-Davis, University of Nevada and spent more than 20 years as a Vice President (1945-52) and Dean of Agriculture at the University of California – Berkeley (1930-52). For four years in the 1920s, he was the associate director of agricultural education for Europe. In 1946, he was the chairman of an agricultural mission trip to China by the US Department of Agriculture. He retired from instruction in 1954, serving his last two years as Dean of Agriculture at Nevada. And from 1955-63 he served as mayor of Berkeley, Calif. Hutchison received honorary degrees from Missouri, Sofia, Bulgaria and California. 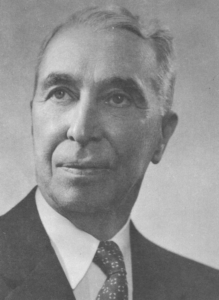 Henry H. Krusekopf (1886-1979) was a leading expert on soils, spending 48 years as a professor and researcher in the College of Agriculture at the University of Missouri. He received his B.S. in agriculture in 1908 and his masters in 1916 from Missouri. He did graduate work at Illinois in 1931-32. He was the author of numerous publications and journals on soil development and soil survey. “Krusey” was a member of a number of scientific, honorary and professional societies. He also consulted a number of federal and international agencies on agriculture, flood control, forestry and Indian land claims. In his spare time, Krusekopf owned and operated a farm in southeast Missouri. 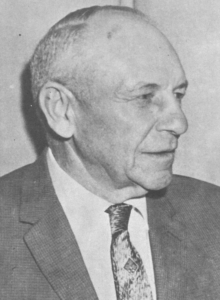 Earl W. “Farmer” Rusk (1885-1968) spent most of his career as a farmer and farm manager, yet enjoyed a variety of other professional interests. He briefly taught an Animal Husbandry course and served in the Farm Loan department of a large insurance company. He was farm service director of two Chicago radio station for four years, was agricultural agent for a railroad, and was supervising salesman and farm service director for a rock phosphate company for 14 years. He raised hogs and cattle on a farm in the Missouri Ozarks before retiring in California. Farmer Rusk graduated from Missouri in 1909. His
son, William D., was the first son of a FarmHouse man to be initiated into FarmHouse in 1933.

Henry P. Rusk (1884-1954) spent most of his professional career on staff at the University of Illinois, including the last 13 years of his career as Dean of the College of Agriculture. He received a B.S. in 1908 and M.S. in 1911, both from the University of Missouri. He served in the Department of Animal Husbandry at Illinois from 1910-1939. He was head of the department from 1922-1939. Among numerous accomplishments, he was the chair of President Hoover’s commission on agriculture from 1948-1954. Rusk provided leadership to multiple national, state and local boards and organizations. He received
honorary doctorates from three universities. 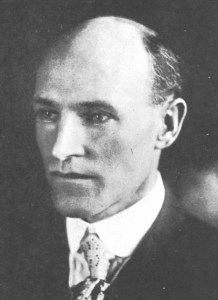